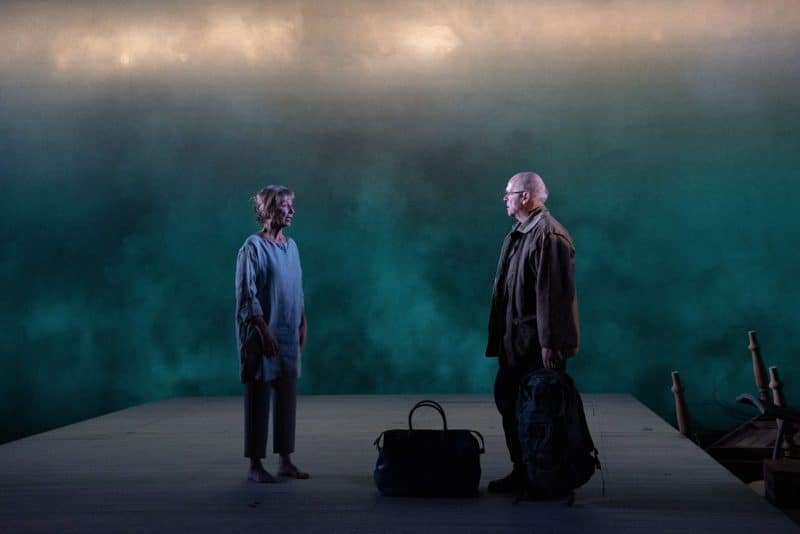 A look back at the costumes from the play Les Enfants

During the winter 2020 season, Écoscéno accompanied several theatrical productions through their process for the first time, including one by the Jean Duceppe company. The play Les Enfants, directed by Marie-Hélène Gendreau, was the theater’s first sustainable production. The costume designer, Cynthia St-Gelais, has thus taken an eco-responsible approach in her creative process. We met the designer to learn more about her approach.

The first aspect to consider is that designers cannot become eco-responsible on their own. They need the support of all the departments that make up a production and need a shift in all the traditional stages of creation. The entire machine has to change if we are to see real evolution, and that includes giving designers more time and budget to allow them to make informed choices. This is especially important now, at the start of the change process, as less information and fewer tools are available on the subject of ecodesign. Eco-responsible thinking can therefore be very long and energy-intensive. Cynthia St-Gelais points out that this first attempt at sustainable costumes was made possible thanks to the time and budget granted to her by the Jean Duceppe theater. She was thus able to take steps that would not have been possible otherwise.

We have to rethink the role of the designer. For the creation of her costumes, Cynthia did not begin by imagining a finished product in all its details. Instead, she handed in sketches and drawings to give an impression of what she was looking for: no fixed design and colors. She then adapted them according to what she found and what inspired her. Thus, the concept being proposed is closer to an impression, an atmosphere with which we can play.

Of course, this way of working is quite unusual. Not only are many directors wary of this kind of conceptual proposition, but it also goes against our idea of free creativity. We are often taught that the highest level a designer can achieve is when we can materialize our vision with no limits on resources, budget or materials. This approach therefore calls into question the role of designers, as it suggests instead flexible concepts that promote adaptation and transformation. This is less limiting than you might think: there are so many materials already in circulation, you can find everything you need as long as you learn to look at resources differently. In addition, this approach forces two-way communication between different levels of the hierarchical theater organization. In this kind of model, communication is a key element. By communicating with the different members of the team, we can share each other’s knowledge and find new solutions. By pooling techniques and networks, one can easily find missing materials or new techniques. In addition, as the back and forth between different collaborators is very frequent and the design concept continues to develop and change, it is necessary to ensure that the vision of the designers remains clear for everyone and decisions are approved.

In the case of Les Enfants, which was going on tour, Cynthia had to ensure the durability of her costumes. There were different options available to her, but several had drawbacks. Rental was not an option given the length of the tour, and most costume designers have little or no contemporary clothing available anyway. Thrift stores weren’t optimal either, as the durability of second-hand clothes is often hit or miss.

She therefore decided to do business with local sustainable fashion brands. The problem with this approach is that it takes a lot of time and energy. First of all, you have to establish contact with companies that have never been involved in this kind of process, and explain the project and the process to them. Then you have to make a considerable number of trips to the stores. Between finding items, borrowing clothes for fittings (outside peak hours so as not to waste money at the store), returns, and the stress that what we wanted would no longer be available, it’s an exhausting process. Since no system or partnership had yet been established between the fashion and costume communities, this represented a major workload.

One of the costume pieces was also made in the workshop using a certified sustainable fabric. Building the costumes in the workshop offers the possibility of control over the tailoring and allows designers to make thoughtful choices. It also helps to encourage the local workforce. As for certifications, there are many types, and with different significances. For example, there are certifications for materials that are organic, ethical, local, recycled, etc. Even if it requires the extraction of new resources, this kind of textile still has a lower negative impact. It is generally more expensive and is often only accessible with the purchase of large quantities. Cynthia raised a major issue: the management of costumes at the end of a production is rarely, if ever, taken into account. We work to obtain costumes as quickly as possible. They are then usually kept by the theater costume designer, donated to private costume designers or, if it is contemporary clothing, to charities. Even if not thrown away, contemporary clothing has still come out of the theater loop and, so to speak, been lost. It is quite common that generic basic suits (black t-shirts, suits and jackets, white shirts, etc.) are constantly bought new from low cost stores. This is a problem, because creating from new material always requires more energy and resources. In addition, shopping in such stores encourages the fast fashion industry, a highly polluting and inhumane industry. So, even if the effort is there, there are still a lot of resources missing to help designers in their ecological endeavors. Among the solutions available, Cynthia mentioned a few companies, Télio for example, which supplies ecological or organic fabrics, but often are quite expensive and only sell in bulk. The designer also mentioned the idea of ​​a system that would help connect local stylists and costume designers to make communication faster and easier. For Cynthia, who was making these connections for the first time, it was a source of considerable work; she had to put together a file for each stylist so that everyone understood the project and the operations of the theater.

Other ideas also came up when discussing the subject with costume designers. Among them, a system that would make it possible to recover the basic clothes that everyone so badly needs and which are constantly purchased new. Or a company that would offer alternative materials such as second-hand fabrics or natural dyes.

In any case, the demand for alternatives is growing steadily, and several projects are emerging to meet the needs. Mentalities are gradually shifting and change is coming, slowly but surely! 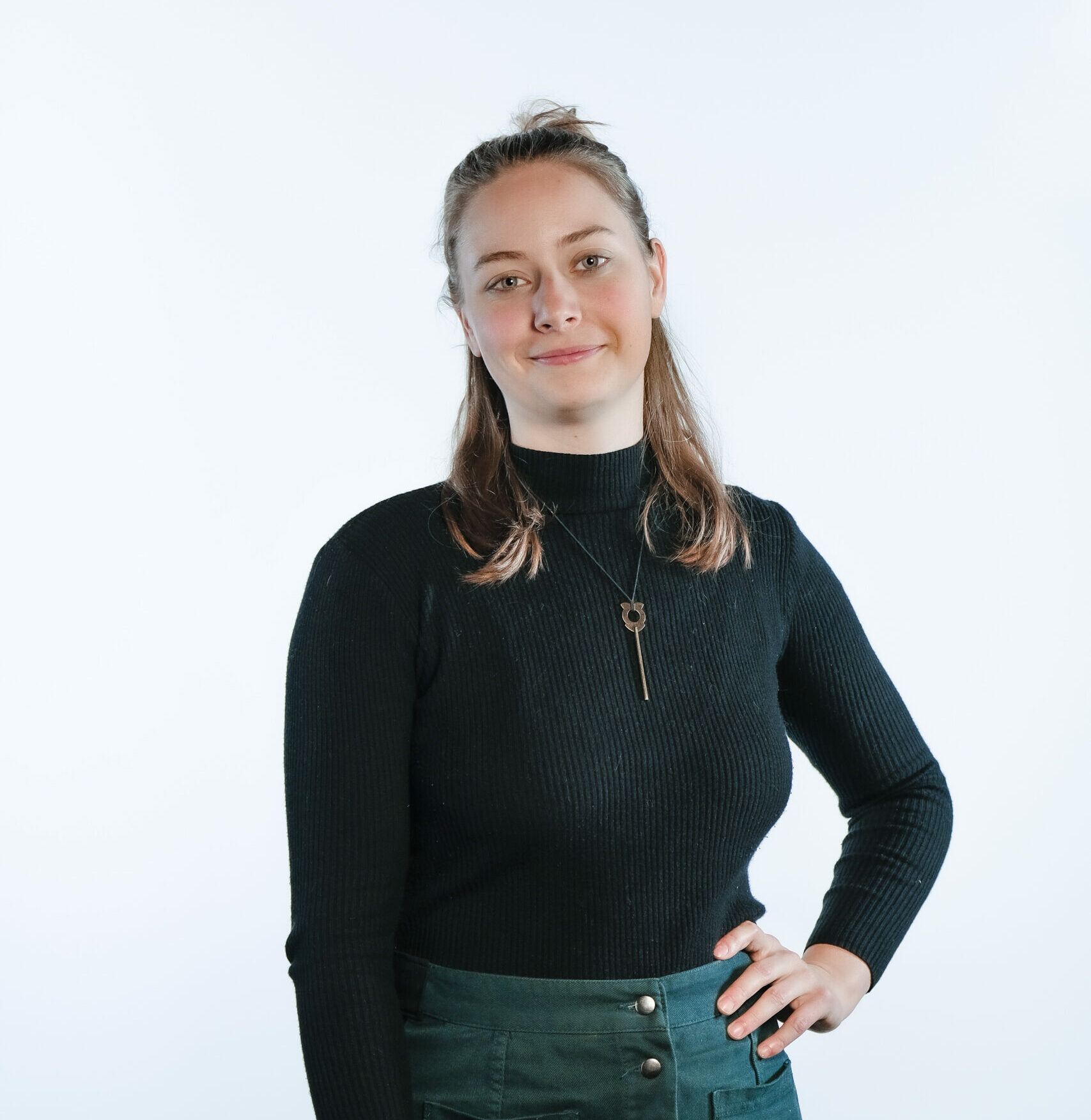 Julie Fournier graduated from Concordia University in 2020. She studied scenography, specializing in costume design, and was particularly interested in eco-design practices. She has been the Costume & Textile project manager at Écoscéno since January 2021, where she works to create resources for the production of eco-responsible costumes in the performing arts community. In September 2022, she is starting a master's degree in business administration and responsibility at UQAM to be able to lead projects on a larger scale.